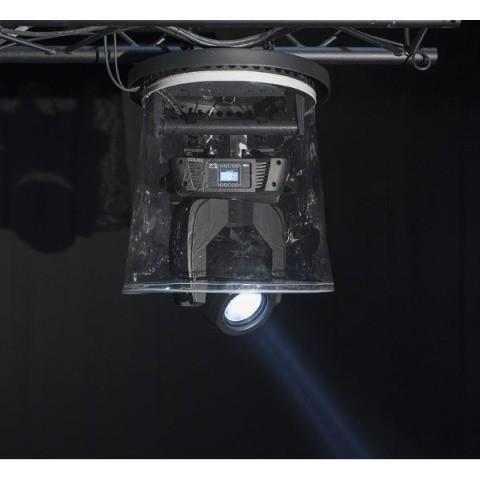 Festival season in Europe – our festivals are often blessed with fabulous weather, but other times we have to put up with rain, mud, and storms. The festivals go on regardless, and all we can do is brave the weather. By protecting our expensive gear and investing in suitable materials, a rainy festival presents no problems – at least for the equipment!

The most popular moving heads for festivals are not IP rated. Mounting them without protection is just asking for trouble. Showtec Raincovers are the ideal solution. They work without the need for electricity, which means they never fail you. They are also compact during transport, and – most of all – they offer the protection necessary for using expensive moving heads outdoors.

The system consists of a base (60 centimetres in diameter) that is covered by a transparent sleeve. The base is fitted with a 50-mm aluminium tube to which devices can be connected. This tube can also bear weights of up to 50 kg. The sleeve is attached with Velcro and is available in lengths of 30, 50, and 65 cm. 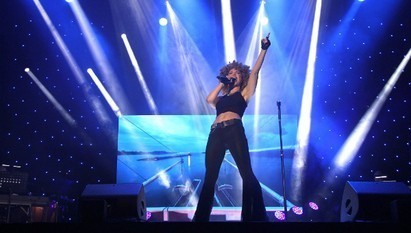 On 18 March, the latest edition of ‘Best of Musical & Wine’ took place, which, for the first time, was held in the large hall of the Maritim Hotel in Bonn. Prior to the show and during the interval, visitors were able to enjoy a wine-tasting session that included 28 wines produced by eight winegrowers from the Ahr wine region in Germany. Just like old times, the show took the audience on a spectacular musical journey to enjoy the melodies and hits from the biggest musicals today.

With internationally renowned musical stars like Alexander Klaws (Tarzan, Jesus Christ Superstar, Tanz der Vampire), Anke Fiedler (Chicago, Aida, Die Päpstin), Felix Martin (Elisabeth, The Phantom of the Opera, Tanz der Vampire), and Kristin Hölck (Les Misérables, Cats, The Phantom of the Opera), the musical leadership of Hannes Schauz (musical director Aladdin) and his live band of six, the artistic direction of Gaby Kern, and the organization of Michaela Wolff and Marc Linden van Weingut Sonnenberg, the more than 1,200 guests were treated to a show like never before. In addition to fragments from ‘The Lion King’, ‘Tarzan’, and ‘Tanz der Vampire’, songs were also played this year from ‘La Cage aux Folles’, ‘TINA The Rock Legend’, ‘Rocky’, and ‘Die Päpstin’.

More than twelve tonnes of sound, lighting, and video equipment were set up for this large-scale production by the company Showtime. This included Infinity iB-16R and Infinity iW-1915 Pixel Moving Heads, several Showtec Spectral M800 spotlights and Sunstrips, as well as 64 E3.9 Pixelscreens from DMT. The purpose of all the equipment was to support the fantastic lighting and video show that took weeks to prepare.

Together with Weingut Sonnenberg, Michaela Wolff, and Marc Linden, the artistic directors Gaby and Frank-Peter Kern, the live band, and the fabulous artists, a fantastic, unforgettable show was put on for the fourth time in a row.

The date for the next edition of Musical & Wine has already been set for 3 March 2018, when it will again be held at the Maritim Hotel in Bonn! 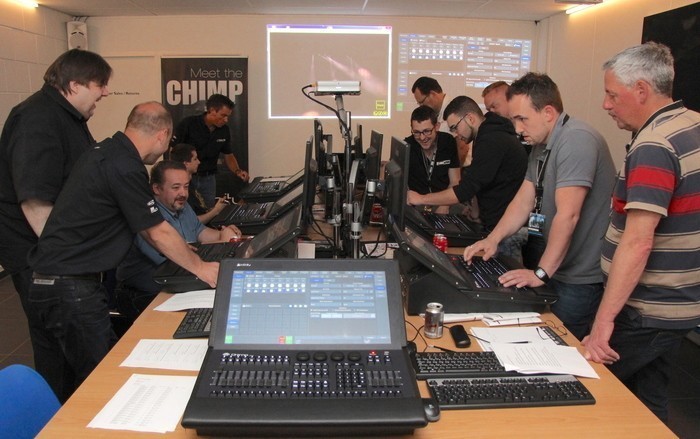 The devices in Highlite's product range are becoming more and more advanced. To help you get the most out of them, we have set up the Highlite Academy – our in-house training programme for various devices. We will start with the Infinity Chimp light controllers. Keep your eye on the website for training dates – and don't forget to sign up! 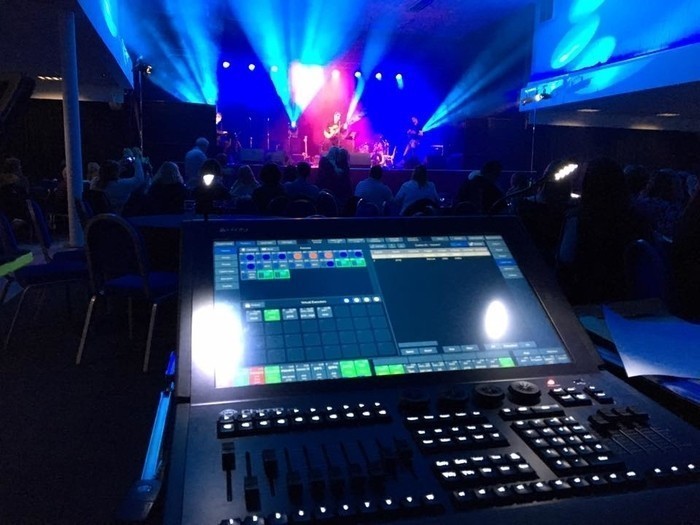 “We are so pleased to be working closely with 'Highlite' and 'Infinity Intelligent Light’ on the new Chimp Series Lighting Consoles. We were excited about the prospect of an Infinity moving light console in mid-2016 when we were made aware of the project.

Having taken delivery in early February this year, we were blown away by the Chimp 300. It has proved a popular addition to our Infinity lighting stock. Users can expect to find a well-designed, easy to use hardware & software making it simple for users to transfer skills learned on other desks, on to the Chimp Series consoles. The large 22 inch built in touch screen allows for an uncluttered workspace and smooth workflow when programming or operating the Chimp 300.

Our favourite feature of the desk is the built in Fixture library editor. The ability to build a fixture profile in the desk allows for quicker access to take control of our fixtures without the need to bring out a laptop or upload files. Our lighting team have already had the desk out on several shows making use of 4 universes of DMX control, Artnet and Midi functions.

With several live music festivals and other projects planned this year we look forward to having the Chimp 300 take center stage as our control console of choice. Special thanks goes to Dave Hartley, Ryan Hussey and everyone else from Highlite UK for their continued support.” 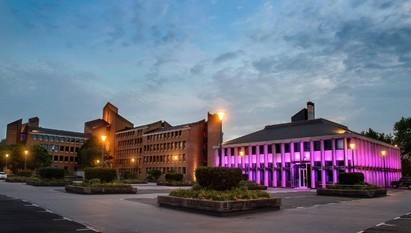 Tom Dumoulin, the winner of the Giro d’Italia 2017, was honoured in style in his home town of Maastricht. He is the first Dutchman to win a major cycling competition in 37 years. During the celebrations, the Limburg Provincial Government Building was coloured pink. The building was fitted with 120 Artecta Dublin RGB lights, controlled by Quick DMX for easy operation.

Around 10,000 spectators gathered on the market square in Maastricht to celebrate Tom's achievement with him. Demo Productions provided the stage, which was fitted with equipment that included Infinity iW-1915 moving heads, 48 Showtec Spectral CYC-650 light bars, and Active Sunstrips. The Dutch band Kensington gave a powerful performance to make the celebrations complete. 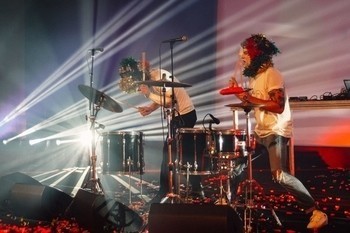 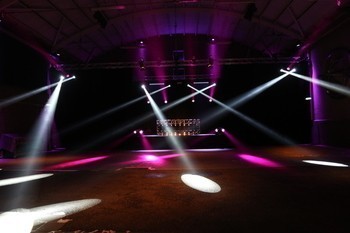 A large-scale company party was recently held at De Fabrique in Utrecht. Our client, Coenraads Audio Service, provided the lighting and sound. In addition to the Showtec Expression 5000s (the predecessor of the Phantom 70 Beam) and ten Active Sunstrips, eight Infinity iB-2Rs were used. The entire event was directed with the Chimp 300 lighting console.