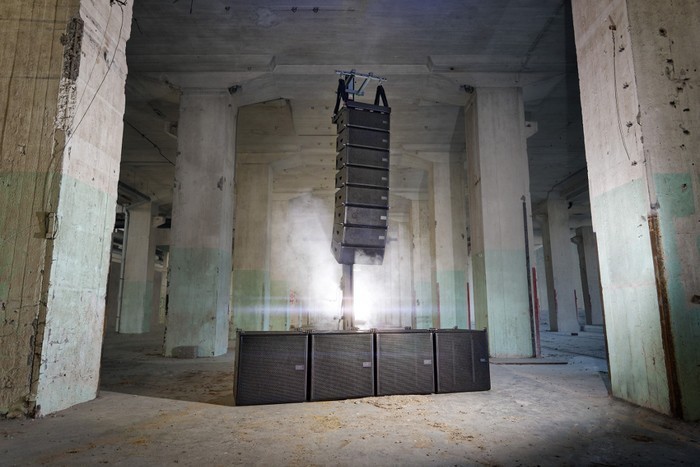 On 16 August and 13 September 2017, we will be organizing extensive demos of our Odin Audio Systems Line Array at our premises in Kerkrade. You can also listen to your own music on the line array or try out the system with the help of a tech expert. Of course, our technicians will be at hand to answer any questions you may have.

In case of bad weather, we have set alternative dates for 15 August and 12 September. We kindly request that your register. Click on this link to register. 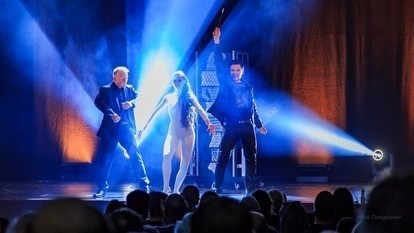 On Saturday, the ZaubertriXXer put on a magical show in the assembly hall at Rhein-Sieg-Gymnasium as part of their ‘NiX als TriXX’ production. The audience on the night experienced no fewer than two hours of breathtaking magic art and illusions during this extraordinary show by the German masters of illusion. Performed by two magicians, four talented assistants, and dance troops from the Jazz Devils Dance Company from Troisdorf, the show was a feast of thrilling magic tricks, spectacular illusions, and awe-inspiring light design. During the interval, audience members could take a closer look at the first trick in the second half of the show. Our client Showtime provided all the technical equipment for the show production, using lighting technology such as the new iB-16R Moving Heads from the Infinity range, the LED Helix 4000 Q4 panel lights, and Tour LEDs. 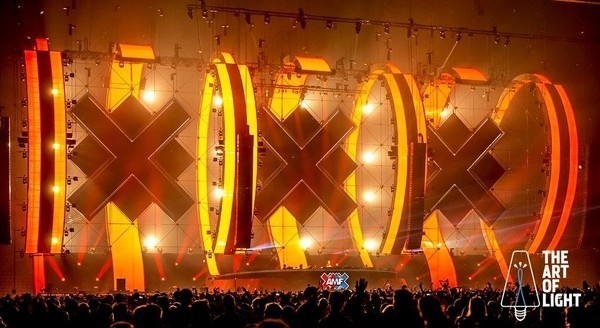 The iM-2515 is a matrix panel with 25 4.5° LED sources that can be controlled independently. These are arranged in a 5x5 matrix which enables colourful visuals to be projected at large distances. The revolutionary 67 mm lenses with a 15-watts Osram RGBW LED source provide more power than ever before: a spectacular 10,700 lumen at a power usage of just 450 watts.

To further push the limits of the imagination, the iM-2515 comes with continuous double rotation on two axes. The special lenses also ensure a sharp distinction between the beams, making them incredibly streamlined.

The iM-2515s have already been used in several big projects such as TV shows ‘The Voice of Holland’ and the Italian ‘Made in Sud', the Amsterdam Dance Event, and nightclub NOTO in Pennsylvania. The iM-2515 is the cherry on top for light shows! 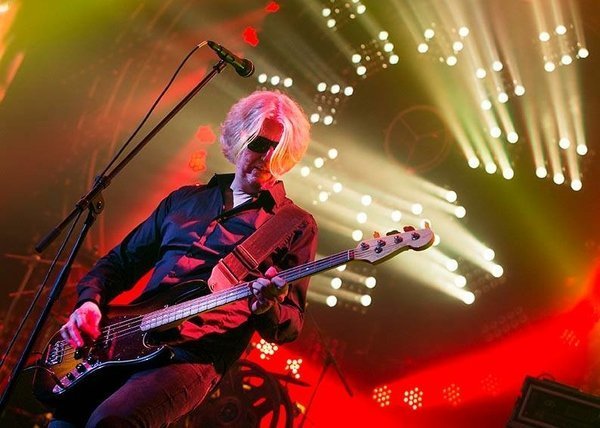 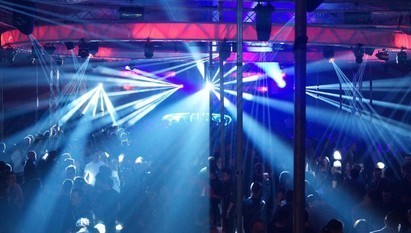 SN-Produkties used an impressive number of Infinity moving heads during the ‘Nacht van de Hoegaarden’ festival in Kortessem, Belgium. This was their first job with iB-16Rs, and the size of the festival tent was no problem at all for these powerful hybrid moving heads. Alongside the iB-16Rs, SN-Produkties used 24 Infinity iB-715s. The powerful Osram Ostar LEDs produced some eye-catching and tight beams. 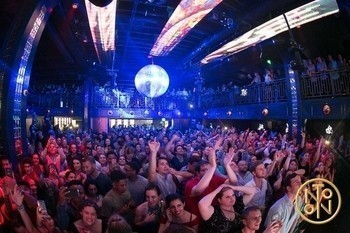 Nightclub NOTO in trendy Philadelphia, USA, has only been open for six months but big names such as DJ Jazzy Jeff and A-Trak have performed here already. They have also been named the best club in Pennsylvania in this short period of time. And, best of all, their shows are created using only Infinity, Showtec, and DMT.

Our client Roodhof Muziek & Showproducties in Staphorst were responsible for the installation and took on the challenging adventure of setting up all the lighting equipment for this club in the USA. A 45m² Pixelmesh E12.5 was used behind the DJ booth and on the ceiling. The screen has the perfect balance of creative possibilities, light output, and price and is controlled through Arkaos.

Six Infinity iM-2515 matrix moving heads hang over the DJ and display a variety of visuals through pixel control and built-in macros. The ceiling has been furnished with 16 Infinity iB-16Rs. The hybrid moving head has a powerful 16R Osram discharge lamp. Thanks to the large zoom range and frost filter these can be used as a spotlight, beam, and wash. The RGB LED ring around the lens is creatively programmed which gives the lightshow extra dimension.

As of this week, our Social Media Toolkit is now available in our download section. It contains a collection of images showing our brands. Thanks to their format, you can place them directly on social media. Use them, for example, to let others know that you supply or rent out our products. The toolkit is available for Showtec, DAP, Infinity, Odin, DMT, and Antari. Click here to visit the download page. 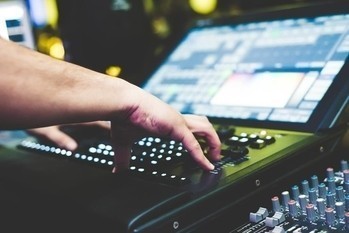 Club Ahoy on the Greek peninsula of Halkidiki is an outdoor club that is open from April to September. This nightlife venue has existed for more than 25 years and has a capacity of 3000 visitors. In 2017 its lighting was updated, with the installation of several Showtec products.

Our Greek partner Sivko Electronics drew the design, supplied the products, and installed the equipment. Particularly eye-catching are the 36 Phantom 75 LED Beams that move clean powerful beams across the club. Three Titan strobes have also been installed for the strobe and blinder effects. Also fitted were a large number of LED pars and Antari foggers. Everything is controlled by means of a Chimp 300. 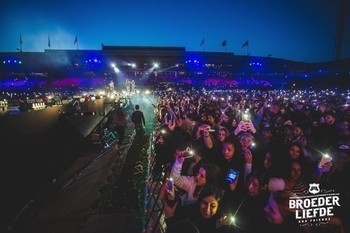 Many Showtec Sunstrips, Spectrals, and blinders were used for the concert given by the Rotterdam rap group ‘Broederliefde’. Their performance in their home town in front of a crowd of 10,000 people was a resounding success. The stage was set up by Peitsman Licht en Geluid, whose equipment included 200 Spectral M800 spotlights.

During this outdoor event, the stage was dressed as an ancient castle. Forty-eight Active Sunstrips were incorporated into the stage roof and various Showtec blinders were used in the décor. The 2018 edition of the concert will take place on 2 June. 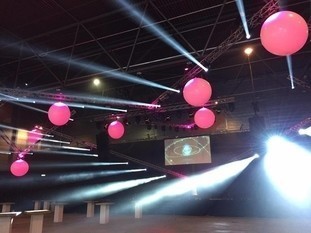 Stagelight specializes in lighting and sound equipment for a range of different events. Its customers include some of the biggest festivals in the Netherlands. Recently, Stagelight invested in two fantastic Infinity products: Thirty Infinity iM-2515 panels and fifty Infinity iB-2r beams. They were put to good use straightaway for events such as the Amsterdam Dance Event, the Soendra festival, and Ghosttown.

Features such as continuous rotation on the pan and tilt axes and pixel addressing were crucial factors in deciding to purchase the iM-2515. Combined with their rich colours and high light output, the iM-2515 moving panels are perfect for providing maximum creativity and control.

One Infinity iB-2R is impressive enough but what happens when you use fifty of them? All kinds of crazy light designs are then possible. As the Stagelight technicians themselves say: ‘Spectacular, amazing, with an incredible light output and sharpness of image’. The speed and light output of these heads is astounding.

And as icing on the cake, the company also invested in a hundred Showtec Raincovers. During outdoor festivals, these covers protect the expensive equipment from all weather conditions. The system consists of a base (60 centimetres in diameter) that is covered by a transparent sleeve. The base is fitted with a 50-mm aluminium tube to which devices can be connected. This tube can also bear weights of up to 50 kg. The sleeve is attached with Velcro and is available in lengths of 30, 50, and 65 cm. 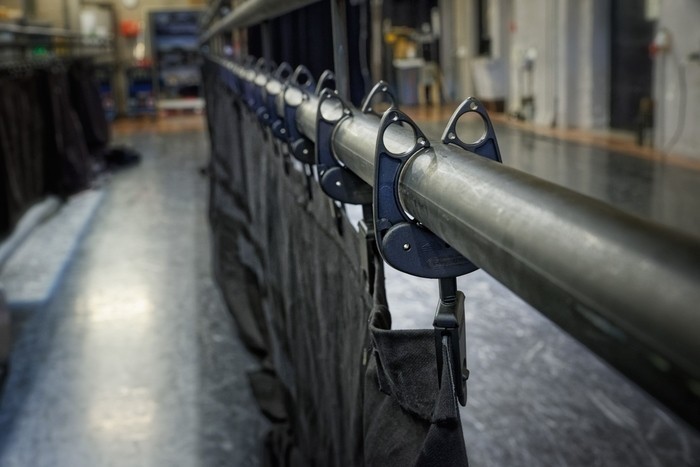 New to the assortment: the innovative Grippon Tube

This is a quick and simple solution for fastening curtains to tubes and trusses of all shapes and sizes. Finally, this reliable solution is now available. The Grippon Tube Curtain Clamp can be attached and removed within a second. Although it can be removed quickly, this does not mean, however, that it detaches easily. An innovative gear mechanism on the inside ensures that the Grippon Tube only detaches if it is pulled at the top. 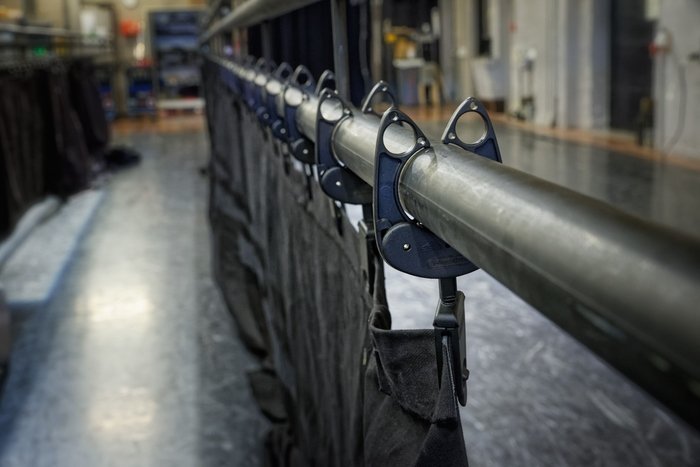 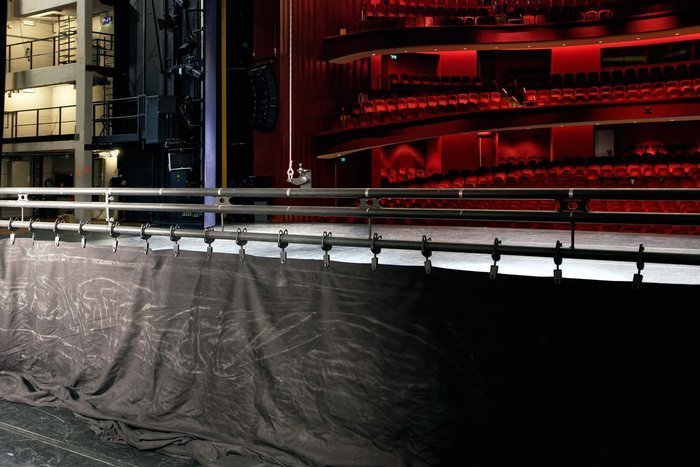 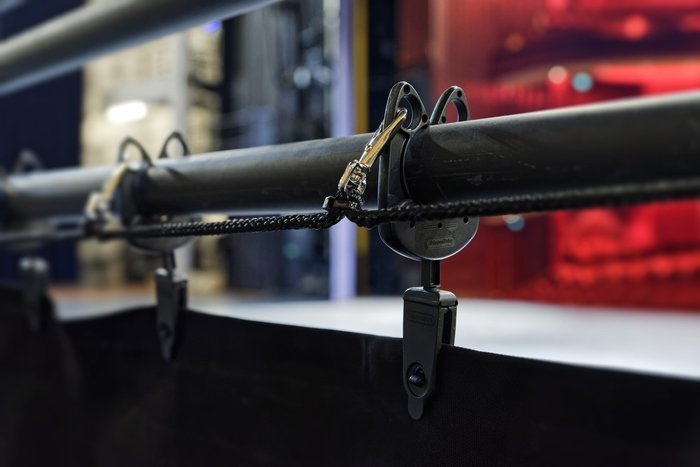