IMPORTANT: Highlite will be closed December 22 from 1:30PM (CET) and December 26 (all day). On the 22nd, orders placed after 11AM will be processed the next day.
Please note that deliveries may take longer than normal due to the extreme volume of shipments that carriers are experiencing. 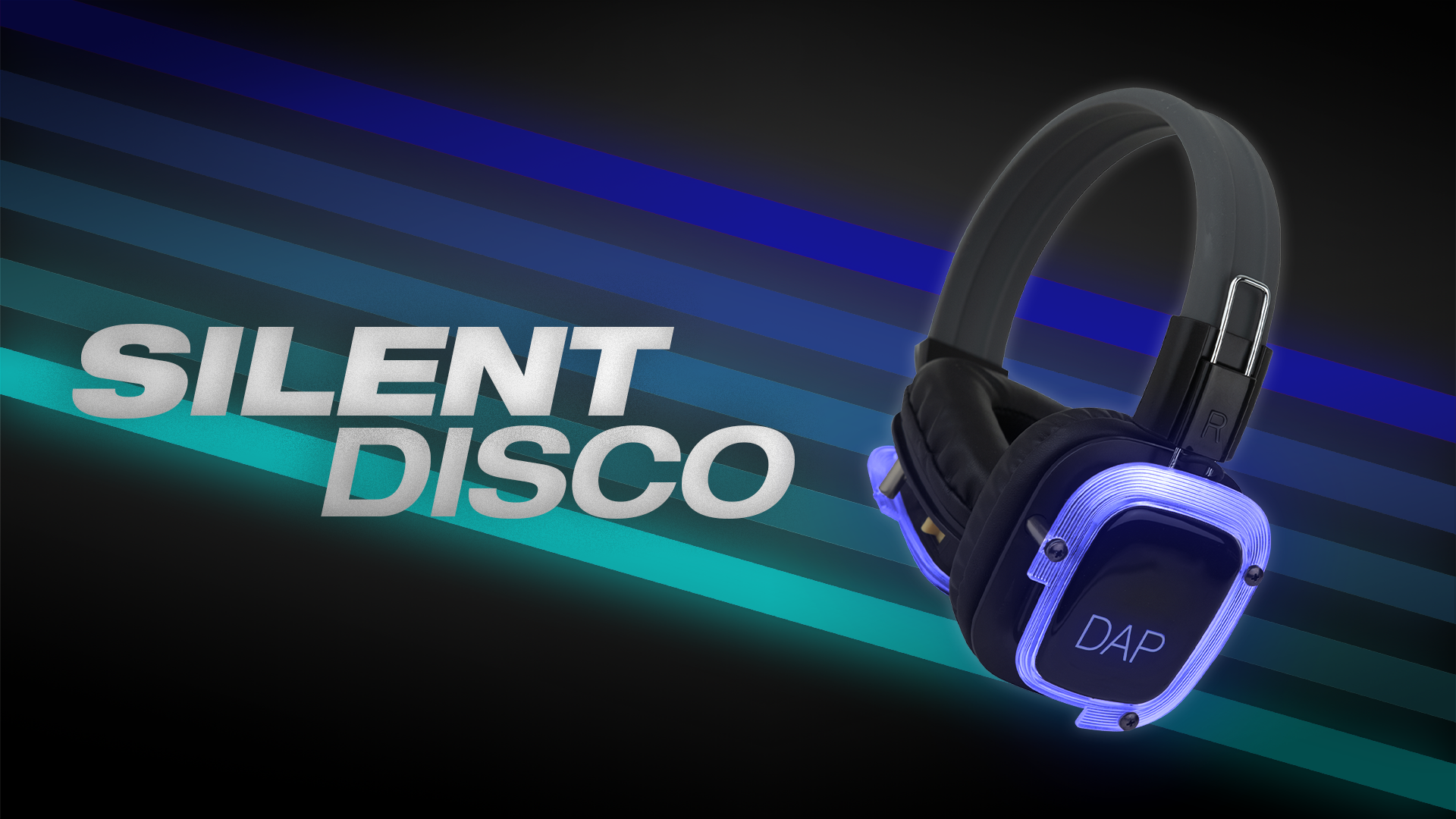 DAP’s new Silent Disco headphones and transmitter are far more versatile than their name suggests. In addition to letting people dance to their preferred music, they’re suitable for a whole host of applications: tours, audio guides, conferences, classes, multi-language communications and more are among the possibilities.

The Silent Disco headphones can operate on three different channels and listeners can select this via a switch on the earpiece. A built-in LED shows the colour of the channel selected. Capable of producing a loud, powerful sound, a built-in volume control allows listeners to adjust the level for themselves too. The Silent Disco headphones also have soft ear pads that make them comfortable to wear for long periods of time and suppress external noise.  Fully charged, the headphones can last up to 8 hours, depending on the volume.

The Silent Disco headphones receive a signal from the DAP Silent Disco transmitter, which operates in the 863-865 MHz range. Theoretically, there is no limit on the number of headphones that can be connected to the transmitter. A separate transmitter is required for each channel. The headphones and transmitter are capable of communicating with each other over a distance of up to 450 metres in optimal conditions.

Available accessories come in the form of a DAP Charger for the Silent Disco headphones that can charge up to 20 pairs at once and a keypad for LED control that allows the colours on the headphones to be set per channel.

In addition to their versatility, one of the best things about the DAP Silent Disco setup is that large parties can now be held in areas that don't have a PA system or even where noise levels are restricted.

You can also view the prices in the following currency: