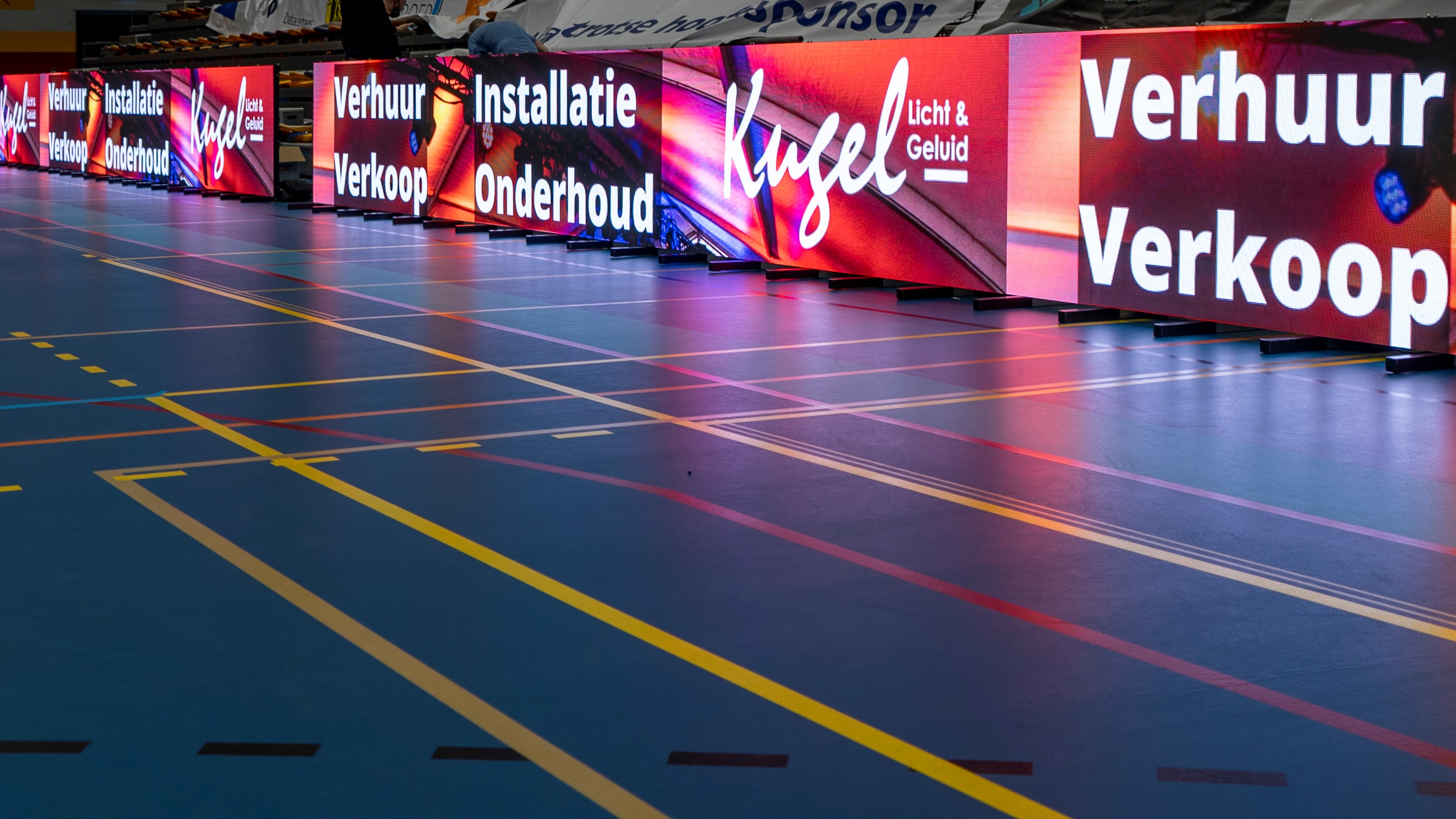 While volleyball championship matches were played out in the Omnisport sports hall in Apeldoorn, The Netherlands, Apeldoorn-based rental firm Kugel Licht & Geluid has provided 64 DMT Premiere Series PS4.6N pixel screens to be used as sideline billboards on matches on 21 and 25 April. The teams Draisma Dynamo and Amysoft Lycurgus were battling in the play-offs for the championship title “Eredivisie Heren” (Premier League Men), while the 64 DMT PS4.6N LED screens were controlled by a Novastar VX4S to show several interchanging advertisements. Kugel has used custom fast-lock perimeter stands to secure the PS4.6N panels in place. The PS4.6N’s pixel density of 4.6 mm made the screens look very sharp for everyone attending and the viewers at home who followed the live stream of the match. 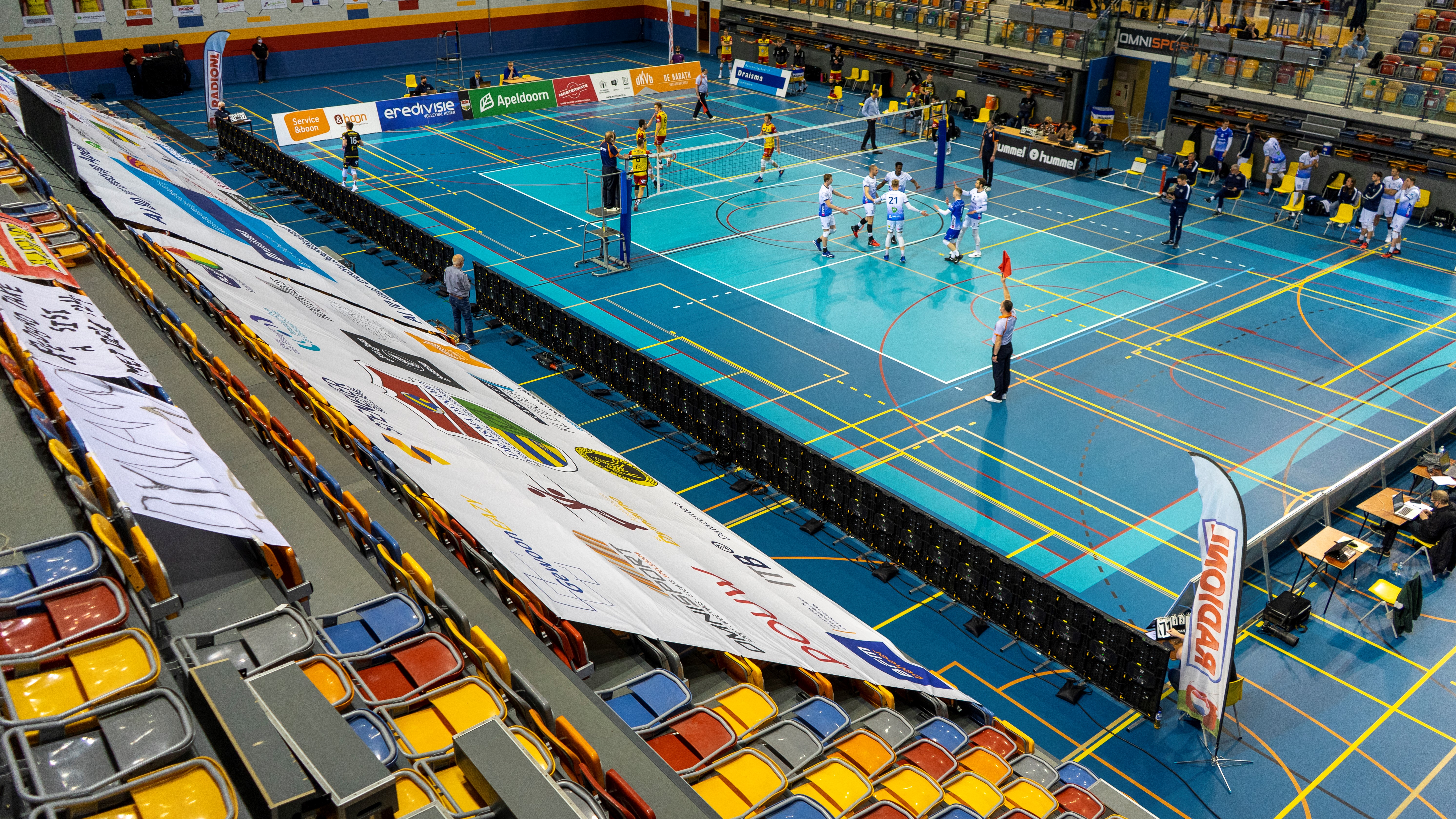 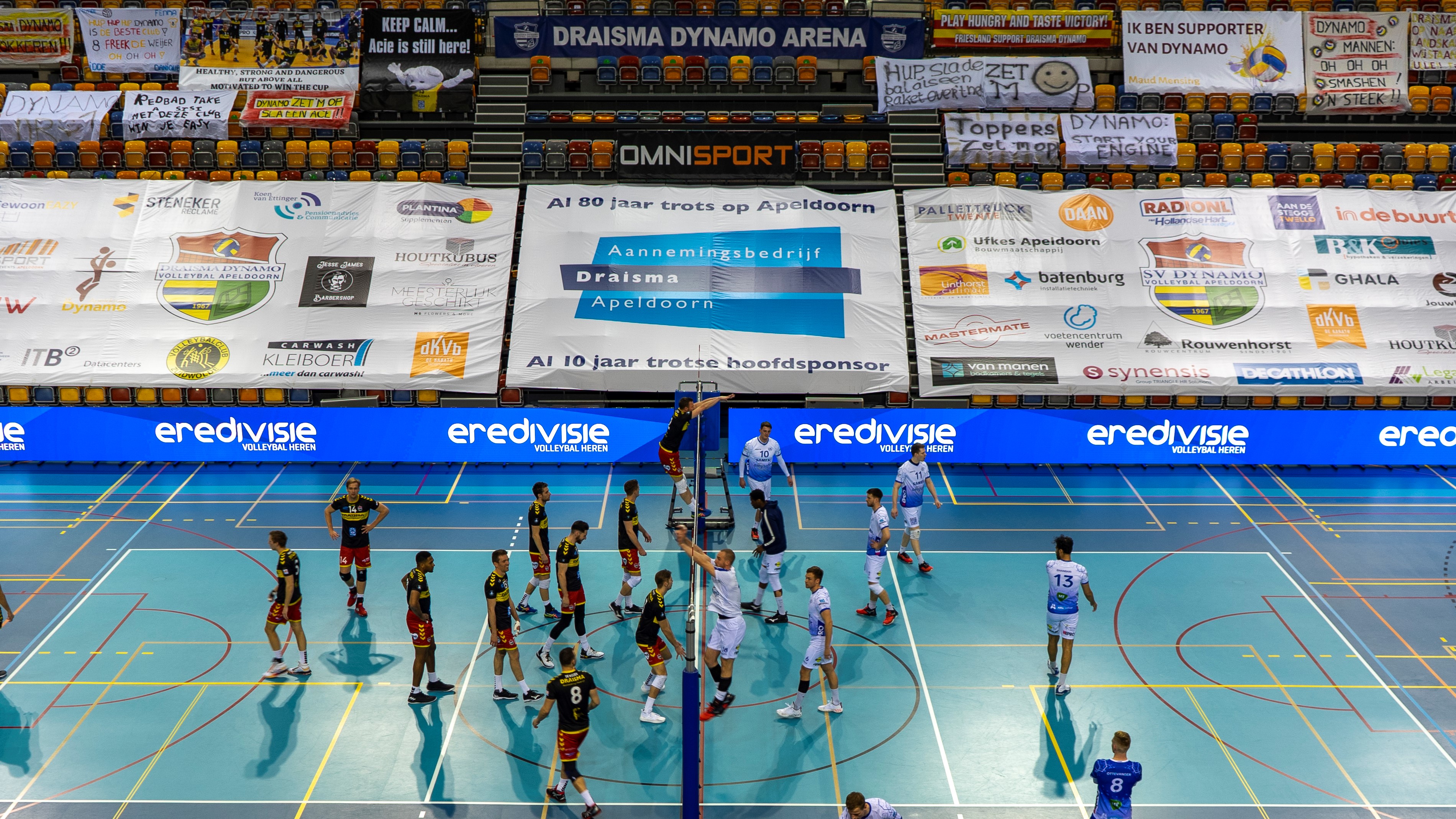