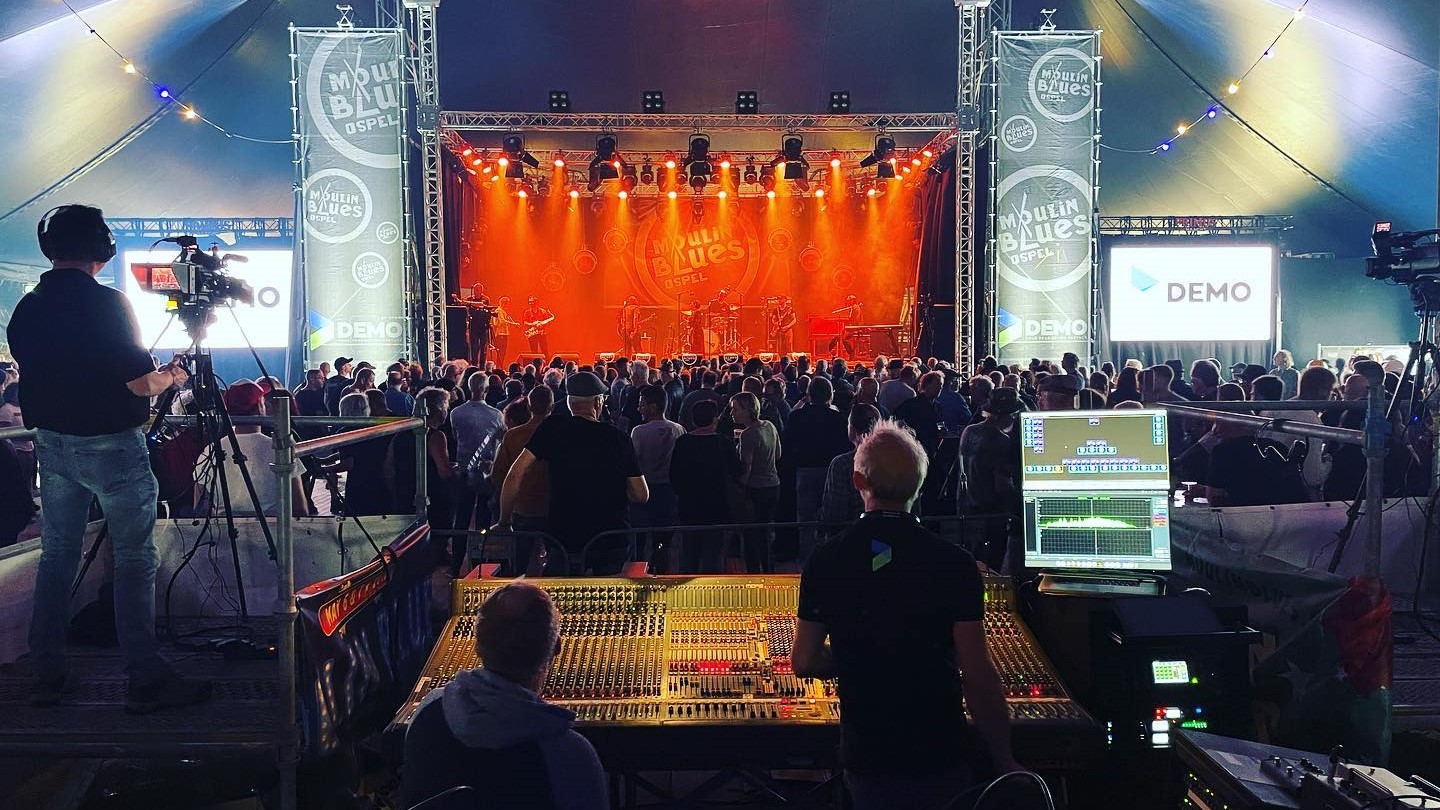 After a 2-year hiatus, the good times finally rolled again at the Moulin Blues festival on Friday 6th and Saturday 7th May in Ospel, the Netherlands.

Moulin Blues is one of the biggest and most renowned blues & roots festivals in the Netherlands and this edition included names like Nikki Hill, Boogie Beasts, Cedric Burnside, Lindsay Beaver & Brad Stivers, Robert Jon & The Wreck, The James Hunter Six, The Achievers and Gumbo Kings.

Demo Productions supplied equipment for both stages at the event including a number of light fixtures from Showtec and Infinity. Six Showtec Stage Blinder 4 DMX lights, capable of generating 96000 lumens each, really lit up the scene, while eighteen Infinity iB-715 moving head beams provided fast-moving, dynamic, colourful light effects. They also supplied forty-eight DMT Premiere Series PS3.9N pixel screens that were used to make a spectacular 24m2 LED wall with two Novastar VX4S video processors offering optimal control. Note that the Infinity iW-741 RDM, the closest successor to the iB-715, is capable of producing even more astonishing light effects and, thanks to its motorised zoom, it can be used as a wash as well as a beam.

Having started all the way back in 1986, another successful event proves that the Moulin Blues festival can look forward to a bright future.

You can also view the prices in the following currency: