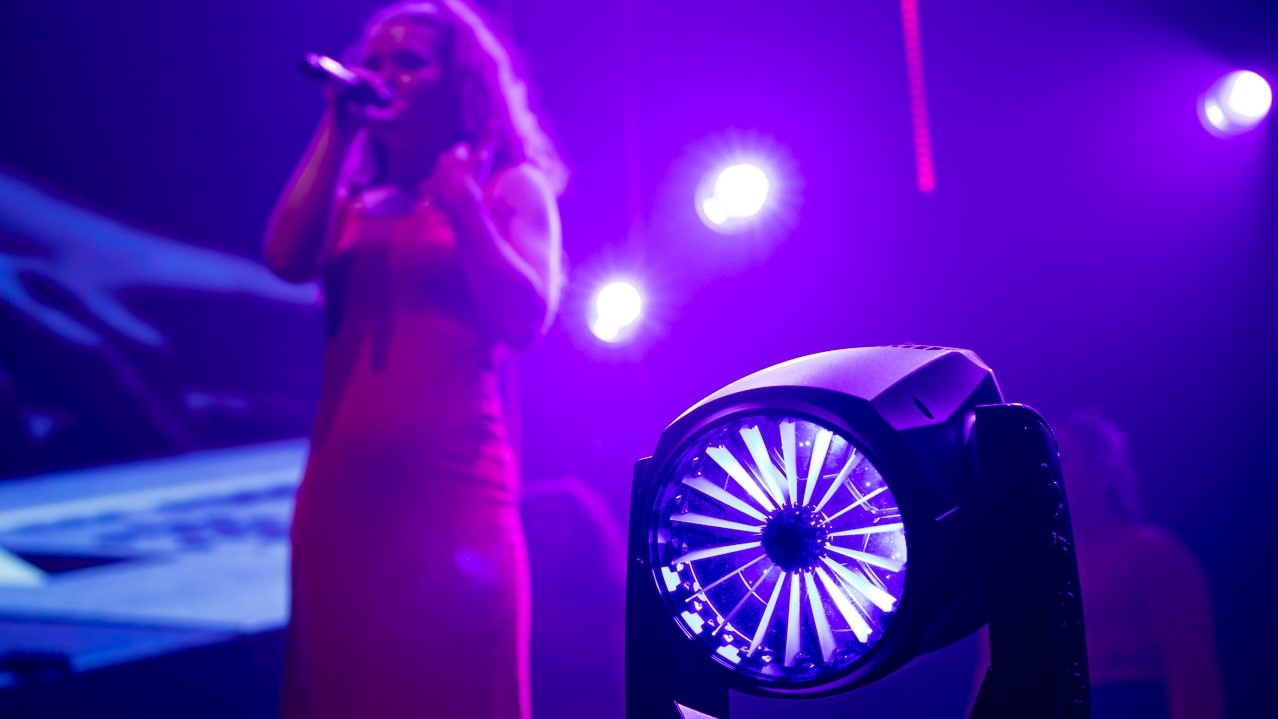 The Theatre of Vista College in Heerlen, The Netherlands, hosted the eleventh edition of Nieuwe Honden. The student-run production featured a plethora of lighting fixtures, consoles and accessories, and LED Screens from Infinity, Showtec, and DMT.

Nieuwe Honden 2021 was the biggest production of the year for the Arts, Theatre, and Media Department of Vista College. The previous year’s production of Nieuwe Honden was live-streamed as an alternative to hosting a live audience due to coronavirus restrictions. However, this year’s edition, which ran from 9 – 11 November, returned to welcome sold-out attendances.

An important theme of the Nieuwe Honden production was collaboration, meaning everyone was dependent on one another and had to communicate effectively. This theme was not only limited to the Art, Theatre and Media courses at Vista College, but also various other participating courses such as Hospitality, Enforcement, and Supervision and Safety.

Accompanying the Drama and Pop Music performances was a student choreographed and operated light show. Vista College’s theatre permanently houses an impressive array of Infinity and Showtec equipment, while Highlite sponsored some additional fixtures to complement the existing setup.

“Highlite has enjoyed a warm relationship with Vista College and has been involved in some capacity over the last few years with their Nieuwe Honden production. Instructor Wesley Houben is a regular at Highlite, and we’ve worked with him closely on this edition, as well as previous iterations of the show. It is always delighting seeing our lighting and audio-visual equipment used creatively alongside spectacular performances by extremely talented students,” says Peter Buckx, Purchasing Manager, Highlite International.

To match the quality of the performances and reflect the work that the students put into the production, Vista College utilised Infinity’s premium range of theatre lighting fixtures, namely the Infinity Signature Series (Spirit of RJ)

A vital component to any stage production is ensuring the light colour is consistent regardless of where one stands on stage. A high CRI consistency is, therefore, a must. Meeting this challenge head-on were 14 Infinity TS-260C7 Profile Engines. The TS-260C7 provides an incredible 96 CRI consistency over the entire CCT range while delivering the performance of a 750-W Tungsten Halogen unit. The TS-260C7 were used in tandem with the four of the Signature Series’ TF-260C7 Fresnels, perfect to light up larger areas in any colour without needing to worry about the best possible mix due to both units’ inbuilt intelligence.

Of course, a first-class light show deserves first-class Moving Heads and Nieuwe Honden 2021 was no exception. As pacing is key to both music and on-stage performance, so too is it with lighting. However, few Moving Heads can produce both very-fast and very-slow precise movements seamlessly. It is here where the Furion Series’ 12 Infinity S601 Profiles and six Infinity S401 Spots are in their element. They were supported by the stunning effects of 13 iFX-640s, made possible through its four dimmer curves, continuously bi-rotating front lens, circular prism (flower effect) and strobe function.

No production is complete without a full range of Showtec lighting fixtures, as demonstrated by the 58 separate Showtec fixtures on display during Nieuwe Honden 2021. The performance featured 10 Showtec Data Flash Strobes, 10 Showtec Stage Blinder 2s, and 36 Showtec PixelStrip 40s. The strobes and stage blinders added energy and a big-stage feel to the performance, while the PixelStrip’s controllable RGB pixels added further intricacy.

Finally, to create the perfect backdrop for the Drama and Pop Music performances, the production combined 70 PS3.9N Pixel Screens from DMT’s Premier Series. The LED screens – which were controlled via a Novastar’s VX6 Controller – helped reinforce the central themes of the performances while adding further dynamics to the light show.