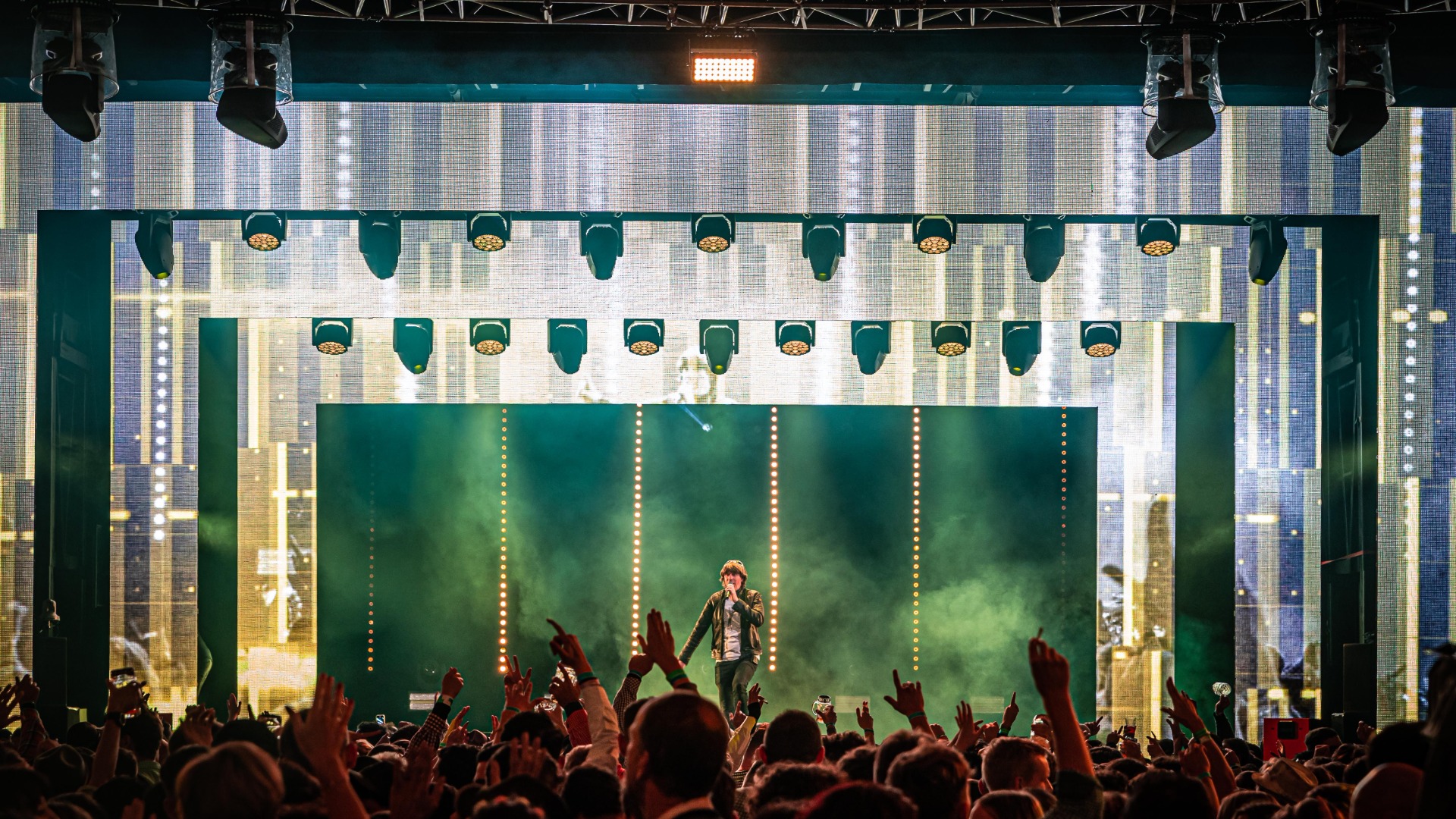 Reflexion Evenemententechniek and T.Y.S. Entertainment Architects has successfully implemented an extensive arsenal of Infinity effect lighting and Showtec stage lighting during a 6-day event on behalf of Oktoberfest Sittard.

After a period of recess due to the pandemic, the organization of Oktoberfest Sittard was lucky to be able to organize a successful event this year named 'open-air Wiesnfest'. This is to the great joy of the organization and its visitors. Normally, the organisation is welcoming people from all over the country with as many as 250,000 visitors in 2019. This year, the organisation felt compelled to downscale the event and allow a total of 18,000 visitors spread over six days, from October 22 to 27. It is an annual folk festival where people, dressed in lederhosen, love to drink mugs of beer and eat bratwursts. They enjoyed performances of many great Dutch and German artists, such as Rowwen Hèze, Beppie Kraft and Wir Sind Spitze.

Reflexion Evenemententechniek provided the technique at open-air Wiesnfest and T.Y.S Entertainment Architects was responsible for the light design throughout the festival. They have successfully implemented an extensive arsenal of Infinity effect lighting and Showtec stage lighting. Six Infinity Furion S-601 Profile moving heads were used as stage front light. They were a perfect fit with the back effect lighting, consisting of eleven Infinity Furion S-401 Spot and fifteen Infinity iW-1941 RDM moving heads. They share the same CMY+CTO colour mix system and are all equipped with motorized state of art effects and smooth transition between functionalities.

Special to the Infinity S-601 are the extended functionalities for providing the ultimate freedom to express creativity, such as its four dual axis moving blade system which can be rotated plus and minus 45°. The Infinity S-401 moving heads that have been used are family of the same Infinity Furion Series. They were interspersed with the Infinity iW-1941 RDM wash moving heads equipped with nineteen 40 watt LEDs and a zoom function that ranges from a wide 60° wash to a tight 3.6° beam effect. To accentuate the highlights of the show with fierce blinder moments, eighteen powerful Showtec Blinder Strips (Sunstrip Active MKII) were used. They contain ten GU10 fittings, each with a 75 watt halogen light bulb.

Reflexion Evenemententechniek was original in the way that they have deployed thirty two LED Washers (Showtec Helix S5000 Q4). These are normally used for wall/facade lighting. Nowadays, however, you see them more and more around stages, where they are also extremely suitable for powerful RGBW colour mixing with dimming and strobe function. Besides, ten Infinity iB-2R moving heads were hovering over the audience for providing great additional lighting effects. The Infinity iB-2R is a more affordable moving head compared to the moving heads that have been used on stage. Still, they added a real contribution to the great, creative light shows due to their 8-facet circular and 5-facet linear rotating prisms, 17 metal gobos and 14 dichroic colour filters.