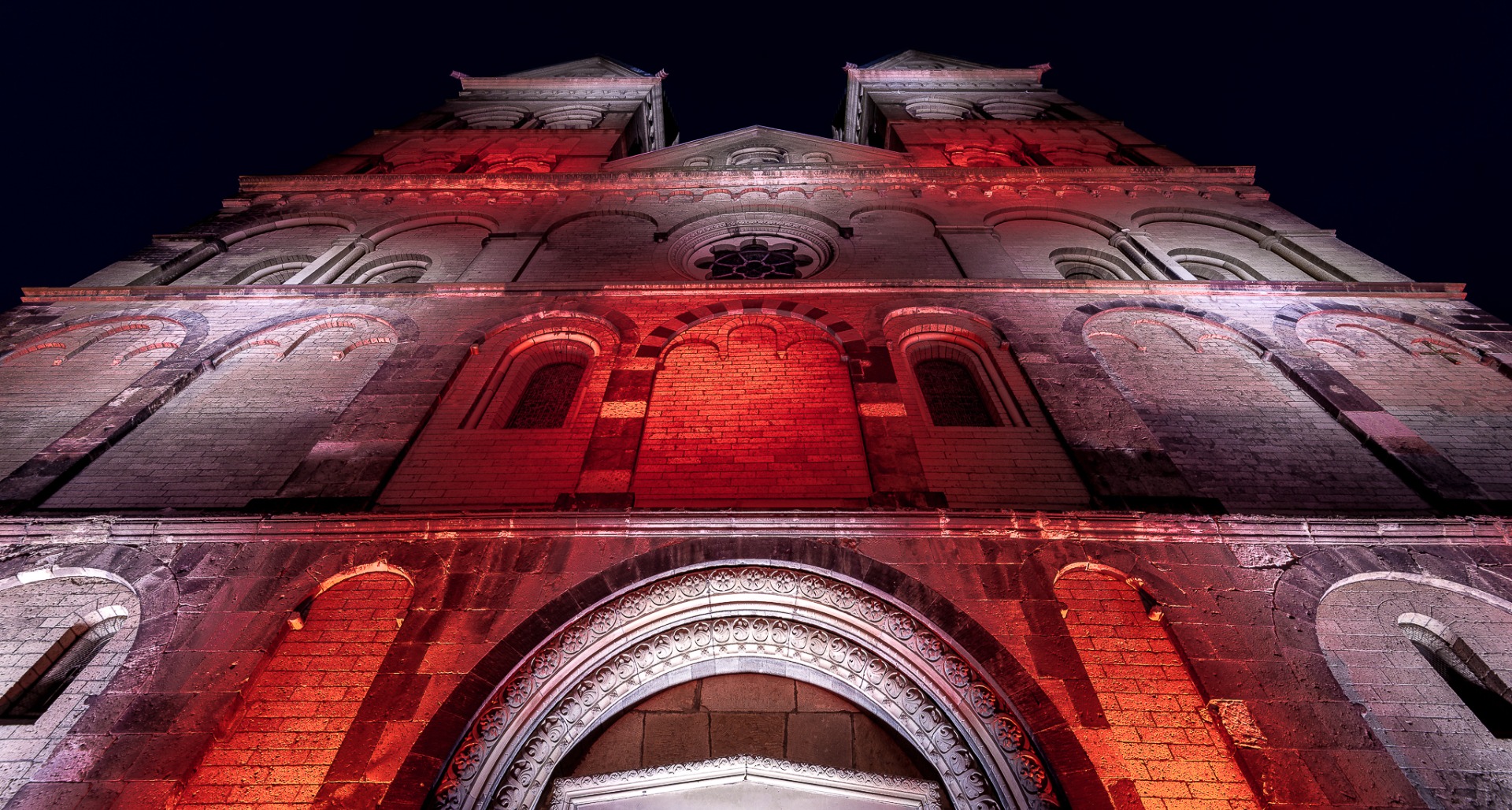 The Saint Mary Assumption Parish Church, known locally as Mariendom, is the oldest historical attraction in the town of Andernach, located in the state of Rhineland-Palatinate, Germany. The impressive Roman Catholic Basilica has four towers, a west building and a choir. Standing at an impressive 55 m tall, it is one of the most important sacred buildings in Southern Rhineland. To celebrate the church’s 800th anniversary, light artist Peter Baur illuminated the church on the first weekend of September. The German native from the nearby town of Polch utilized his creativity and flair for the visual to provide a light show fit for the occasion. The effects - which can be seen in the photos below - were achieved using Showtec LED washes and include 20 Helix S5000 Q4 and it predecessors the Helix 4000, and two other older generation Showtec fixtures.