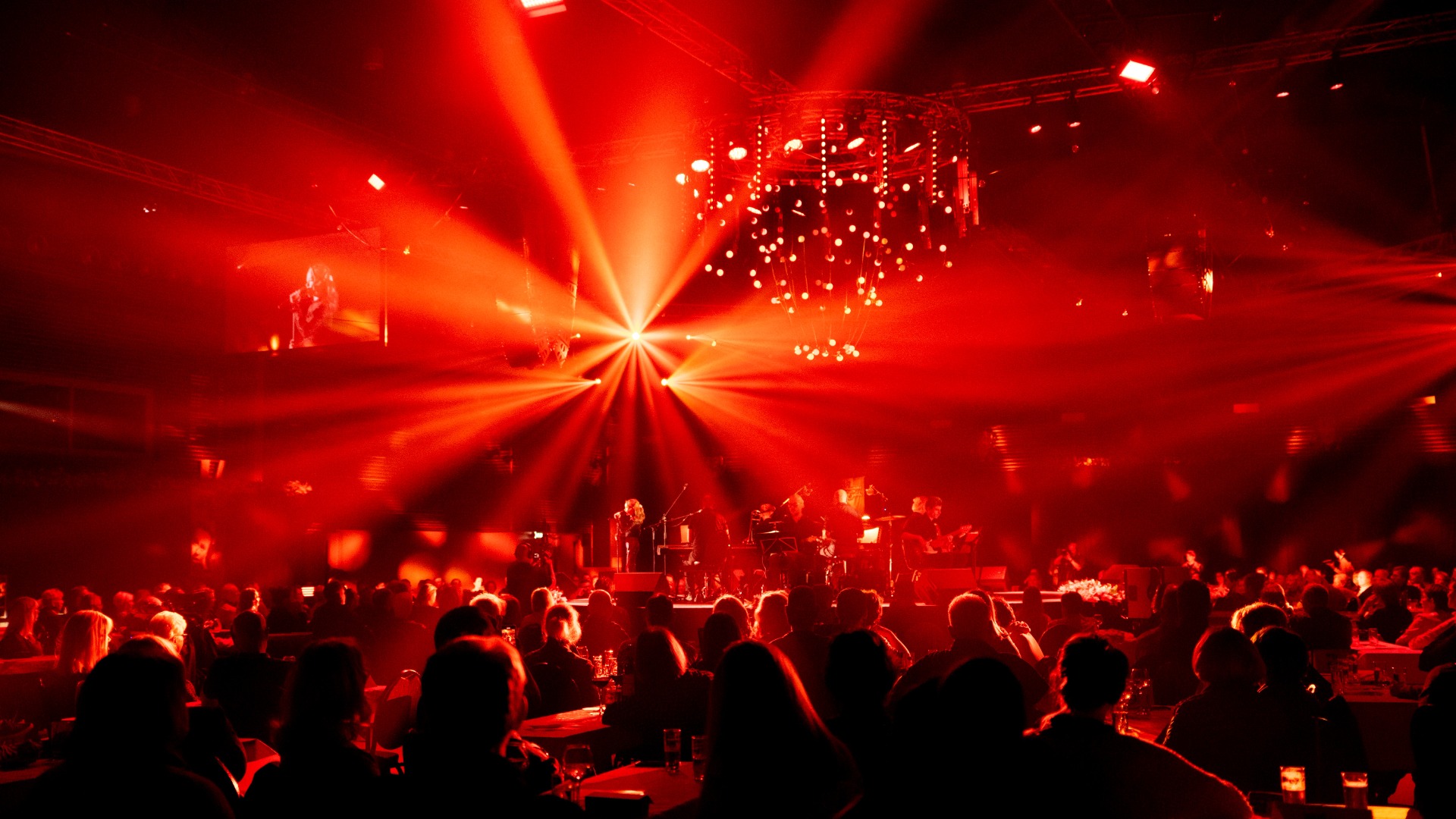 SLF Group and Black Out Lighting pulled out all the stops to create an incredible spectacle at Medammecour Draait Door. Complementing the Medammecour's fantastic regular cast, an abundance of Infinity, Showtec, and Showgear products were used throughout the week of performances.

As the Carnival season rolls around each year, the province of Limburg readies itself for some entertaining, festive, and spectacular performances. One such recent tradition is the Medammecour, a travelling tour of Carnivalesque musical performances. In a typical year, the Medammecour tours from town to town, performing across the Dutch province of Limburg. On 14 – 21 of October 2021, Medammecour Draait Door was held in the Rodahal in Kerkrade, allowing social distancing restrictions to be observed while accommodating up to 300-spectators per evening. The event featured many of the regular cast and performances that have contributed to the success of the Medammecour in recent years.

A major bonus of hosting the performances in one venue is the truly spectacular lighting setup. SLF Group supplied all the materials and ensured smooth production of the event, while Black Out Lighting provided the light design and programming. To provide a variety of effects, Medammecour Draait Door deployed 20 Showtec Phantom 12R Hybrids. The versatile new hybrid moving head is the latest addition to the Phantom series, capable of performing as a beam, spot, or wash. The Phantom 12R is equipped with 17 fixed metal gobos and eight removable rotating glass gobos and open, which provided the performance with a great range of different shapes and stunning visuals.

Providing a great combination with the Phantom 12Rs were 28 Showtec Spectral M1500 Zoom Q4 MKIIs. The Showtec Spectral M1500 Zoom Q4 has a wide motorized zoom range, as well as dimmer and strobe functions making it fit for almost any environment. Supporting the already impressive arsenal of Showtec lights were four Showtec Followspot LED 120 W, a compact but powerful spotlight that includes a dimmer, iris, and shutter. To create a ‘big stage’ quality, SLF Group provided 16 Showtec Sunstrip Blinders, while a further six Festoon Cables with lights provided a more subtle touch. Two Showtec Festoon Controllers were used to operate the Festoon Cables, while all the lighting equipment were supported via eight Showgear H-Downriggers.

The intricate light show ran on an Infinity Chimp 300.G2 DMX professional lighting console. Due to the extensive setup, a variety of Infinity Chimp accessories were deployed alongside the Chimp 300.G2 to extend the maximum possible universes which included an Infinity Banana Wing, Infinity Peanut Box, and a Chimp Dongle for OnPC.